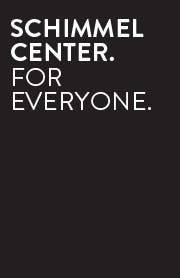 Schimmel Center for the Arts Tickets

Discount Offers on Schimmel Center for the Arts Tickets

This show is opening soon.

About Schimmel Center for the Arts - Off Broadway

Schimmel Center is a hidden gem, a performing arts center for everyone. We push boundaries and bring together generations through a diverse lineup of world-class artists who seek to educate, inspire, provoke, and entertain.

Mary Poppins Sing-Along
Sunday, February 10 | 4 PM
Disney's Academy Award winning film about a magical nanny, two mischievous children, and a carefree chimney sweep will be shown on the big screen on the heels of the release of Mary Poppins Returns. Pre-show activities begin one hour prior to screening featuring games and a meet-and-greet with Mary Poppins herself!

1964: The Tribute
Thursday, February 21 | 7:30 PM
1964: The Tribute replicates a live Beatles concert featuring songs from the pre-Sgt. Pepper era, including the suits, boots, and hairstyles made famous by the Beatles.