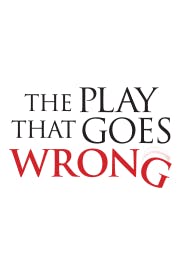 The Play That Goes Wrong Reviews

Latest Reviews for The Play That Goes Wrong

GO AND SEE THIS IF YOU WANT A GOOD LAUGH

My friend and I went to see this play in London last summer. We just booked it as an extra, as we had gone to London to see Les Mis on the Saturday so booked it for the Friday evening, not really knowing what to expect. I can honestly say that from start to finish we were in fits laughing. It is hilarious. The actors were brilliant to pull this off. We are going to NYC in April and when I saw it was on I booked to see it again without hesitation.

Never have been at a show where the crowd is roaring with laughter from the start to the finish. Great actors. Each one of them made you laugh. Loved it. Would definitely see it again

This show was delightfully silly and had us laughing a lot! Just what we need today! The authors didn't miss a single joke, slapstick schtick, pratfall, etc. The cast was excellent. If you need a laugh or lots of laughs, this show is perfect.

The Play That Goes Wrong: So wrong, so right!

Incredibly hilarious, chaotic, and out of routine, forgoing the appealing plot and elegant stage set up that many other clever theaters boasted about having, The Play That Goes Wrong stands out by playing the reverse game. These passionate actors and audiences left there no room for a break. Literally, everything was wrong on the stage. There was also full of emotions and rhythms. The performers yelled, cried, laughed, argued, all out loud throughout the entire play.

Broad physical comedy. My 11-year-old was on the floor, laughing, like everyone around us.

I laughed from the beginning to the end of this farce! Liked the actors interacting with the audience before the play started. I would see this again and I don't often say that!

even my husband liked it

Absolutely loved it! Laughed out loud! A lot!

I loved this play! Especially since "Trevor" who was up in a box was part of the ongoing "play". Even though i am English, my American friend loved it! If you want a good laugh, you must see it!

You DESERVE to go see this!

Comedy can be a very subjective thing but this production charms from the very beginning. It's the most artful comedy I've ever seen which means that whilst you're splitting your sides laughing, your brain's also in awe of the actors' timing, skill and writing. It's ridiculously funny. It's hilarious and I think wherever your funny bone is situated, you'll be glad you got yourself a ticket. Because seriously, this is the MOST fun you'll have had in ages!

We laughed 'til our faces hurt

I'm in my mid-50s and saw this last night with my 28-year-old son. We've seen plenty of Broadway shows, including all the classics and Tony Award winners, and we loved this one! It was hilarious, with a laugh a minute and a hugely talented cast. If you liked "One Man, Two Gov'ners" with James Cordon, you'll feel right at home here. One hint: the left orchestra seats are fine unless you are sitting more than six seats from the center aisle. The view of several funny scenes from the seats in thst section that are closer to the far left wall are restricted.

The Play That Goes Wrong
Discount up to 33%