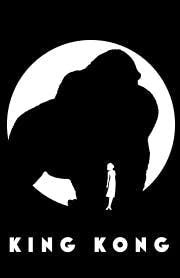 You would think that the stand out thing about this production would be Kong but no. This is a fully integrated retelling of an iconic story. The human characters are as interesting as the ape himself. You leave the theater knowing what it's like to see a 20 foot gorilla. Exciting as it is moving. Nothing gets in the way of the story telling. It's by no means all about splashy effects. This story has lots of heart too. Christiani Pitts carries a new iconic Broadway role as Ann Darrow. King Kong is great time at the theater.

It is worth the price of the ticket to see this show! It was very clever how they made Kong run through the jungle, run through the streets of New York, climb the Empire State Building, etc. The audience was clapping throughout the whole show at the special effects. Kong is a marvel to see. He is huge and his features are so lifelike that you really think he's alive and you really feel for him. Not sure it's for very small kids as Kong seems real and he does get LOUD! Don't miss your chance to see this show! Balcony seats are fine as Kong is so big there's not a bad seat in the house. You'll get your money's worth.

The way the animatronics guys moved Kong was incredible. He looked and acted so real. Can tell you each time Kong won in some way, the audience applauded it. Kong was definitely the hero in the story. And the sets were unbelievable. I really liked how they were able to show Kong running through the forest or thru NYC with the heroine. Many kids were there and actually cried when Kong died. The music was also very good. I give this play 4+ stars.

I really enjoyed this show. Of course the King puppet is incredible. However I thought Christiani was absolutely terrific. The rest of the cast including the choreography was also very good. There was nary a dull moment and of course the script is the script. Just so much one can do with it. But what they did is really amazing.

Saw Kong last week. Absolutely incredible. Can not believe what happens on that stage right in front of you. An adventure that leaves you on your feet before the final curtain is down.

This was one of my favorite plays of all time in NYC. You know what the outcome is but I wanted Kong to swim away back to Skull island for a happy ending. They make you love Kong that much. I thought it was incredible how those guys maneuvered him around. I have never applauded for the tech guys like I did for them. They worked harder than anyone. It was worth every cent I paid to see it.

The puppetry of Kong is incredible! I laughed! I cried! And I am planning another trip to see it again! This is one of my top three musicals!

This play is notable for its spectacular presentations. The 1932 novel and 1933 film with Fay Wray and Carl Armstrong has a more fleshed out plot than the beauty-and-the-beast or a-star-is-born qualities in the latest production. Nevertheless, this is an entertaining play that will leave you impressed with its stagecraft and imagination.