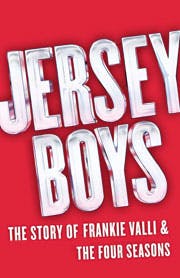 The show was even better than I expected. Entertaining story, but the songs were the best part. You could tell the entire audience enjoyed the show. And the cast was animated, which I would think is difficult when you have so many repeat performances. The theater is small, so all the seats have a decent view.

Great acting, singing, effort and ENERGY!!! If you miss this show, you're depriving yourself of a perfect night out.

The only thing that could make this show better would be Frankie Valli himself. Cast was superb..... Great job.

We went on the opening night and it was just superb. We have seen the show in Las Vegas and the UK and it was outstanding, congratulations to all involved.

Show moves along very well - musical numbers are great especially if you're of the age that remembers the Four Seasons in their prime.

This show really pulls you in!

This is one musical that's a little short on story, but long on performance and talent. I loved the performances---all of them---but particularly Joseph Leo Bwarie. I wish they'd found a way to cast him in the Hollywood movie version given that the actor cast in the role of Frankie Valli couldn't quite pull it off. Plus, the book works great in front of a live audience, but came off flat and unexciting on the big screen. Seeing and hearing Joseph Leo Bwarie perform the lead role is something we'd like to do again and would be well worth the price of admissions a second time (except that we live in Texas instead of NYC).

Best Musical of All Time

Everything was just wonderful! The music incredible, and Actors did a crazy job of morphing into the Four Seasons! We came away singing and smiling and just raving about it. A must to see if you are considering a show.... I would Definitely go see over and over again.

Saw Broadway production twice with my 29 year old daughter who loved it as much as me. I grew up to their music. Loved it each time. Going again next month. Can't wait.