Hot Clip of the Day: To The Historemix! Six Queens Royally Reunited Around The World 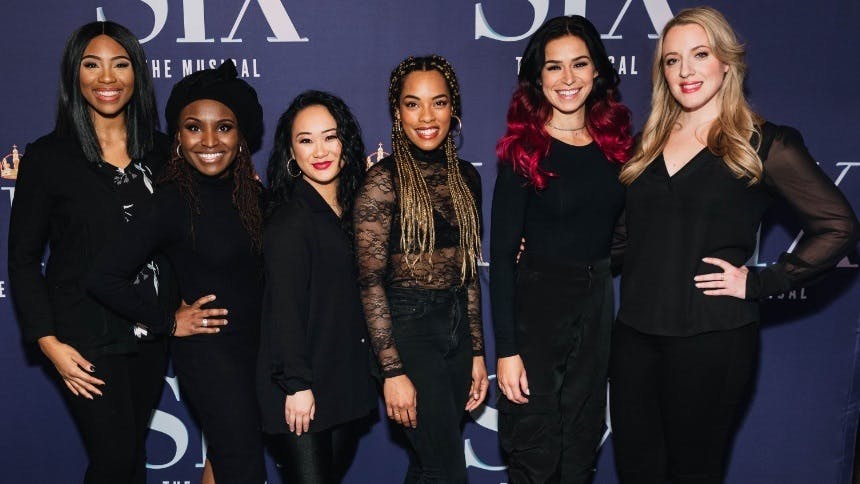 "Ex-Wives" from Six (The Worldwide Cast of Queens from Six)


Ulterior Motives: You know when you have a fabulous musical line stuck in your head? We've had the lyric "Welcome to the show, to the historemix" spinning on repeat this morning and we're definitely not mad about it. When trying to share this with our BroadwayBox pals, we were racking our brains which video to use and found this royal reunion of Queens from around the world feauturing the Broadway, West End, Australia, Cruise and Tour casts plus a casual 3000 fans of the show.

Ultimate 🙌 🙌 moment: We love the moments when they gather the full casts together for a lyric or two on the screen. The ultimate moment (actually one magnificent second) though that made us gasp... and replay it five times comes from none other than Renée Lamb at 3:12 with a riff that is indescribable. Lamb played Catherine of Aragon at London's Arts Theatre in 2017 and performed the role on the cast album immortalizing her "No Way."