Hot Clip of the Day: Bombalurina IS There And Had Been For 18 Years! 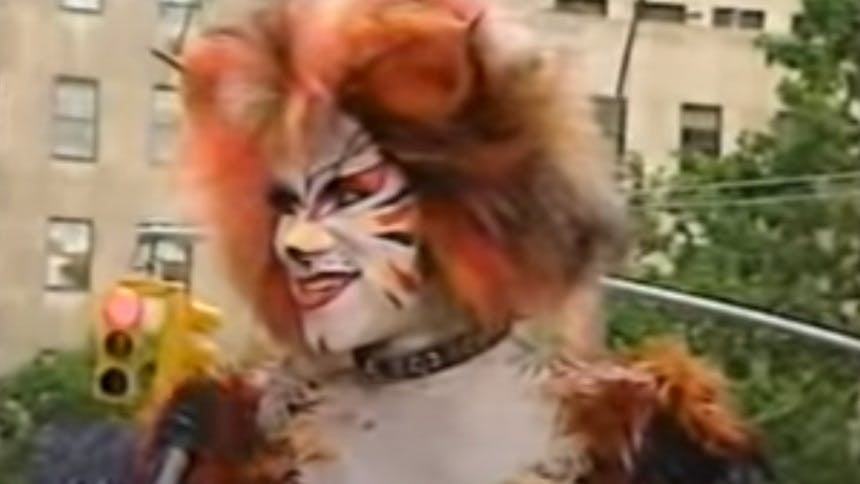 
Ulterior Motives: Tonight at 8pm, on Stars in the House, Seth Rudetsky and James Wesley will be chatting with Broadway Record Breakers! On the lineup are Donna Marie Asbury who appeared in Broadway's Chicago for 21 years, Alton Fitzgerald White who appeared in 4,000+ performances in Broadway's The Lion King as Mufasa and Marlene Danielle who made quite the "Memory" as the longest running cast member of CATS' 18 year run on Broadway from 1982 - 2000. Tune in to #StarsInTheHouse's YouTube page tonight at 8pm EST to support this incredible The Actors Fund benefit series.

Ultimate 🙌 🙌 moment: There is a lot to unpack here. We will try to break it down. At 0:29, you have to admire the commitment of the cast frozen in position for the song to start. Commitment. Also - did Victoria react during that closeup at 0:43 when Marlene says she can do her makeup in 7 minutes and other cats need an hour? We've rewatched about three times and can't tell. 1:09 - hey Tony winner Lena Hall as Demeter! We can recognize that fabulous voice anywhere! Our ultimate moment is at 1:45 when Marlene's Bombalurina growls her lyric with Broadway flair on "you may meet him in a by-street."

We're also going to return though to the word commitment. At 2:56, we see two people in the audience - one with a camcorder taping what was going to be on TV, the second neck up dressed like a Jellicle Cat in casual clothes. Those are some fantastical fans. At 3:38, Marlene and Lena kick their faces with ease and again at 3:55. Iconic!