Hot Clip of the Day: Hamilton OBC Throwback in Honor of Some Good News 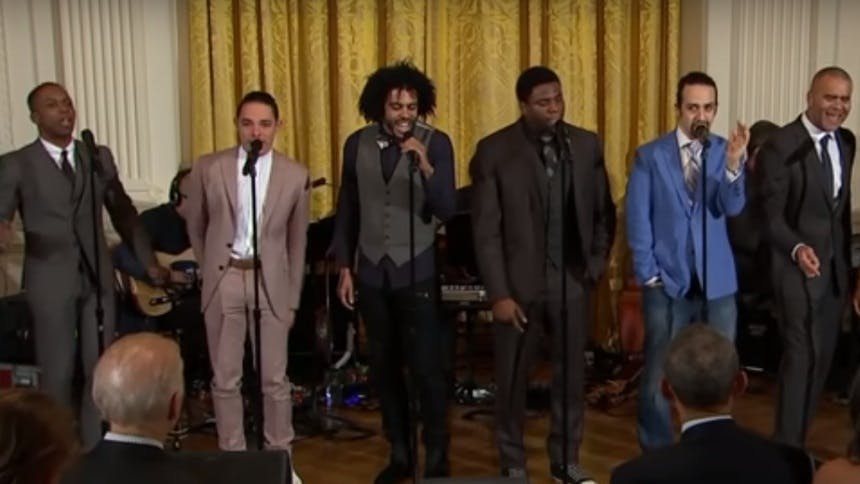 
Ulterior Motives: John Krasinski, actual angel from NBC's The Office and Amazon's Jack Ryan launched a YouTube channel Some Good News. According to his channel - his goal is to spread some good news with the world, which we could all use these days. Recently, Krasinski came across a tweet from a girl named Aubrey who was unable to see a production of Hamilton in Jacksonville, Florida for her 9th birthday. With help from Mary Poppins (!) and some familiar Broadway faces, Aubrey got quite the surprise! We're throwing it back four years ago when local D.C. students were invited to The White House, under former President Obama's administration, for a special performance by this multi-talented cast.


Ultimate 🙌 🙌 moment: Love 11:13-11:41 - Leslie Odom Jr as Aaron Burr's breakdown is right in the song's groove. He attacks every single consonant. The energy behind these lines is palpable.

Newer
Transformation Tunesday: Merman, LuPone, Foster's Performances are "De-Lovely" in Every Way
Older
(A 5, 6, 7) 8 "At The Ballet" Crescendos - Look At All The Maggies!
Sign up for BroadwayBox Discount Alerts