Killer Broadway Replacements Looking Back at the Year on B'way

10 Broadway Replacement Stars That Slayed The House Down in 2019 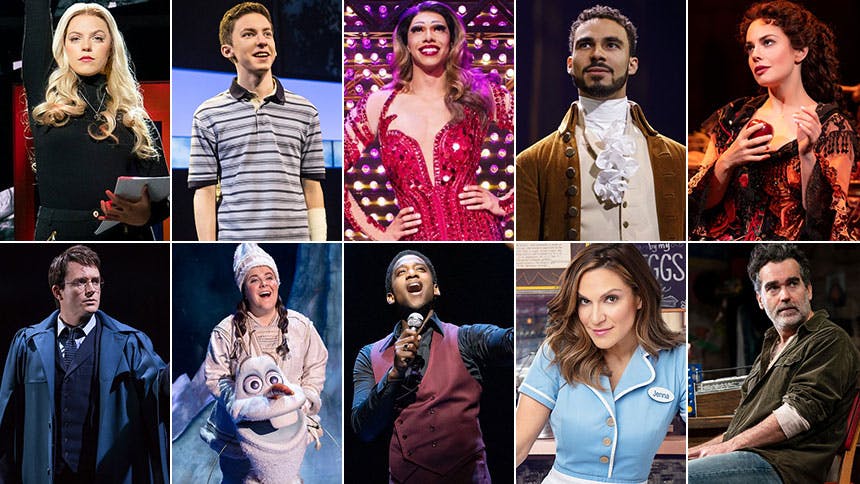 There is still no special Tony or Drama Desk Award for Best Replacement on Broadway, but if there were, these folks would make the shortlist from 2019. Each brought something special, original, and incredible to their long-running musical. Here are 10 memorable replacement stars from the year, presented alphabetically

Shoshana Bean as Jenna in Waitress


When former Wicked star Shoshana Bean returned to Broadway this year, it was an event for musical theatre fans—and Shosh did not disappoint. Not only did she bring all the vocals you’d expect to Sara Bareilles’ “She Used to Be Mine”, “Everything Changes” and “What Baking Can Do”, but her acting performance was so grounded and true. She served as much heart as she did pie. It was the perfect return to Broadway return—and don’t leave us for that long ever again.


When the Jimmy Award winner stepped into the Tony Award-winning musical, it was exciting to see what an actual teenager could bring to the role of Evan Hansen, but who could have imagined it would be all that? His Evan was raw and heartbreaking and just young enough that you could forgive all he did as part of youth’s folly. Then when you remembered it was this 17-year-old supernova’s Broadway debut, you just had to sit back and marvel.


After playing Lola in Australia and the West End, Callum Francis made his Broadway debut reprising his Helpmann Award-winning performance for New York audiences. He strutted into NYC and owned the Tony-winning musical with his confidence, comedic timing, and fierce dance and vocal ability. This British gem and his Lola were so good that the production had him play it on three continents…and, after seeing him slay, he deserves his chance to play the other four.

Brian d’Arcy James as Quinn Carney in The Ferryman


When the three-time Tony Award nominee took over the starring role of former IRA member Quinn Carney, he brought such a captivating depth to the character. Not only did you see this man toil with the stress of his family and the love he feels for his sister-in-law, but Brian also brought a real danger to the role. Even after three and a half hours, you felt you never knew who this man really was, and that was exciting.

Meghan Picerno as Christine Daae in The Phantom of the Opera


There’s a reason this Angel of Music was handpicked by Hal Prince and Andrew Lloyd Webber to ascend the ranks of legendary Christines. Meghan is in an elite group of actresses who have played Christine in both Phantom and its sequel, Love Never Dies, and her performance was all the richer for it. And, as an opera star, she brought that legit vocal power to the beloved ALW score. Her “Wishing You Were Somehow Here Again” took audiences breath away.


There’s a reason this Regina George runs the world. The 19-year-old star brought such confidence and power to the role of Regina. She’s not a snake in the grass; she’s a fierce lioness ready to pounce. It’s wild to think that this performance was her Broadway debut. Plus, the vocals were next level. She set the August Wilson Theatre on fire with her “World Burn”. Also though, it must be said, Mean Girls got two other incredible replacement stars this year who helped to reinvent the musical, Krystina Alabado as Gretchen and Jennifer Simard as Regina’s mom.

Ryann Redmond as Olaf in Frozen


As Broadway’s first female Olaf, Ryann Redmond infused the snowman with her contagious warmth and joy. You couldn’t help but love Olaf and the woman smiling behind him. Then when you add in those signature Ryann Redmond vocals, you got a performance worth melting for.

Jelani Remy as Eddie Kendricks in Ain’t Too Proud


Jelani Remy had the tough job of stepping into the Temptations bio-musical after Jeremy Pope’s departure, but my gosh did he deliver. A true triple-threat performer, Jelani can’t be beat as a singer, a dancer, or an actor. When he hit those Eddie Kendricks high notes, audiences swooned. It was wonderful to see Jelani find a showcase worthy of his singular talent. 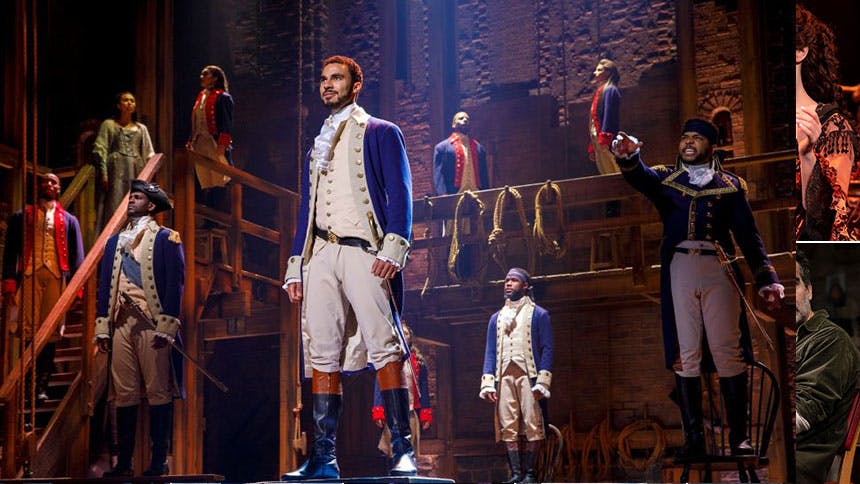 
Austin Scott brought SWAGGER to the role of Alexander Hamilton. He was charming, he was driven, he was everything you could possibly want in a Hamilton. You were ready to follow him into battle and beyond, thanks to his assured but warm starring performance. He led the biggest musical in town, and it was as if the role was written just for him. Can’t wait to see what he brings to the Bob Dylan musical Girl From the North Country this spring.


James Snyder made magic as the title wizard and one of literature’s most beloved characters, Harry Potter. It’s the first Broadway play from the actor known for his musical talents, and hopefully it opens doors for me. His Harry retained the sense of fun and adventure from the books, but he was also wise and a family man above all. It was so accessible and so true. Fans know that this is who their Harry Potter grew up to be.